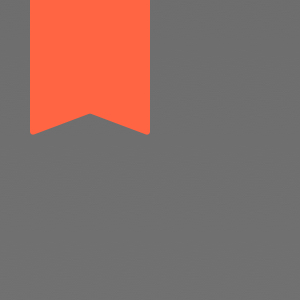 Still stackin' my chips, hoes, higher than Shaq on his tiptoes
Atop the Empire State Buildin', this shit is like child's play, children
I will not annihilate kill them, I'll fuck around and pile eight million
Dеad little juveniles, wait, chill, thеn and I'll await my trial date 'til then
Ain't nothin' you say can ever Trump , mic, pencil get killed
If you're hypersensitive, I wasn't referencin' the Vice President, chill
I mean my penmanship at times tends to get ill, violent but with skill
That's why I hence when I write ends up with the mic and pencil gettin' killed
And I'm still ride or die for the squad
So you know which side that I'm on
If a battle line's ever drawn, but if I get involved
It'll be like K9's in a brawl
But not similar to Mike Vick at all
'Cause even if I don't have a dog in the fight
They ain't never gonna get rid of the fight in the dog
Got stripes like a tiger, so you might get mauled, a mic in the palms
Like claws, I can swing right for your jaw and rip it off with one swipe of the paw
Bitch, you still on my dick or naw?
If I suck, your wife is a straw
I'm sick and I'm not gonna cover my mouth next time that I cough

And got that dope he sends to me
It's like pneumonia symptoms and contracting COVID instantly
Which is what separates my flow from theirs, so that no one gets even close to this to pose a risk to me
So vocalistically , that's social distancing
Flow going viral, you best stay strapped
With that Lysol and get way back
Get that Pine-Sol and that Ajax
'Cause this dry cough is just like football umpires callin' a playback
Bitch, back the fuck up like fifteen yards, these rhymes call for a face mask
This shit lookin' like a horror scene, like me metaphorically
'Cause them stay-at-home orders seem like they just keep getting more extreme
Who knows when this nightmare will end? Like Monroe, Norma Jean
Still got that heroin lyrical drip with that morphine and that Thorazine
'Cause I'm so fuckin' dope and you're a fiend
And that's the one thing that hasn't changed , for some semblance of normalcy
But I might need that Hydroxychloroquine 'cause I got that
The Dark Horse, I'm a knight-mare
Mom fed me Valium like air
Thought that's why they called it a high chair
I gotta contact like eye wear
Woah, wait a minute, bitch let me lie here
20/20 hindsight in my side mirror
Every year, you drop the ball like Times Square
My hair trigger whenever I get an idea
Fuck, now my name rings out like a sponge mop
And my drip was a drop
In the bucket, so that gun shot you just heard just now in that one spot
Just came from the nine mil' that I just got
That's big bucks and I got a full money clip and I'm loaded
I ain't even mean to go the fuck off
I'm still totally inappropriate with an opiate
Groping it while I'm holding it like a trophy
I'm hoping a little codeine'll get me OD'in'
Woah, everything is slow, I begin to floating
I know that I'm getting loaded, the pen exploded
Hiroshima with the flows, a utopia
With the dope, I'm an OG, I'm like the
Here to get your goat little bit of sodium, it's assault
When I'm at the podium, at your throat, holy camoly
I'm in the zone with the shit I'm on
Get an Imodium and a commode because nobody's even close
You're petroleum to plutonium, you're a phony
I'm at the crib with your ho, got her at the pole like voting with no clothing
Stripped down to a toe ring and here we go with the gloating
I've got my nose in the air like a Boeing
Then I got into a little bit of an argument with her
So I took a little lick of a Klonopin at dinner
Then I hit her with the motherfucking ottoman and bit her
Then I shot her in the liver, delivered her to the bottom of the river
But I'm probably gon' jump in the water with her
With a wad of money 'cause I got a lot of it
And when it come to drippin', I be soppin' like a hundred mile an hour
Never runnin' out of either one of 'em, I gotta get it 'cause